Back in early nineties; South Melbourne was a working-class eclectic suburb. Located close to the shores of Port Philip bay just south of Melbourne CBD, South Melbourne boarders the leafy and wealthy wedges of Middle and Albert Park. Back in the day South Melbourne’s skyline was dominated by housing commission high rise whilst underneath the shadows, a new breed were busy renovating old commission homes and rundown townhouses as hipsters began their invasion.  Two polarised styles of inhabitants were locked in a fierce battle. Newcomers forcing cultural change and the old guard hanging by their fingertips to heritage and history. The local AFL football team, the South Melbourne Swans, were forced north to start a new dynasty in Sydney and the famous soccer team vanished due to a lack of money. Painters and dockers, wharfies and conmen were bolted too generational hardcore families whose names were well known the local constabulary. South and Port Melbourne were part of  folklore in Melbourne’s untold underbelly story. It was changing and change can bring conflict. 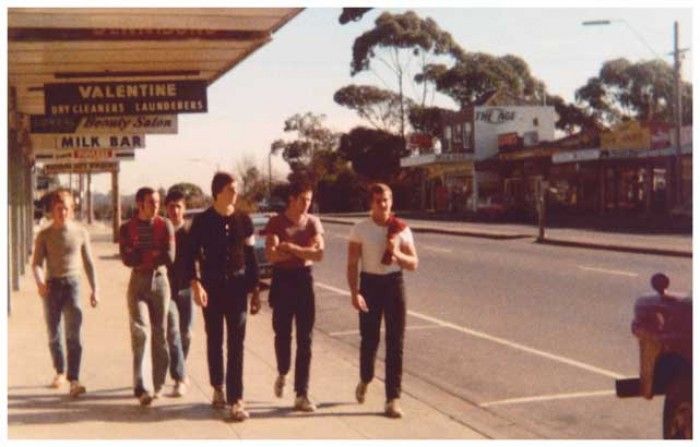 Our family’s hotel lived deep in the South Melbourne heartland. Located on a corner, the east side of the street housed the new breed. Academics, professionals, creatives and executives residing in updated circa 1850’s homes with courtyard gardens, sandblasted fireplaces and open plan designs. On the west side, traditional South Melbournians. Unkept front gardens, cars on bricks, the hoods always open and two bodies with heads buried in the engine cavity, half a bum crack sticking out from a worn pair of hard yakka shorts. The two sides didn’t mingle and Dorcas Street separating east and west, was no-mans land. Serendipitously, the entrance to the lounge bar faced east, the easterners found this particularly handy as the public bar entrance faced north west. Neither should the two patron styles cross paths.

Life working in bars have a rhythm.
You can set your watch by the comings and goings of your customers.  Their routines create your own.  What time they come in and what they order. It had taken a few years, however somehow our hotel had learned to cater to they rhythms of the easterners and the westerners. The buildings orientation and separation of lounge and public bars maintained a tinderbox harmony between the new and the old. 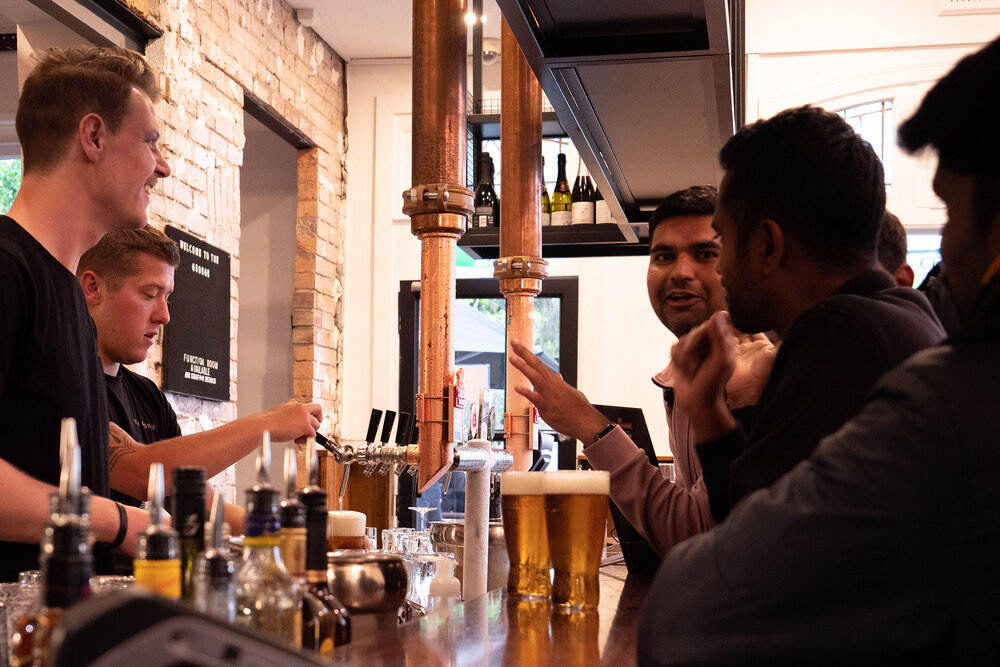 One April morning; I opened the public bar entrance as normal at 10am.  Stepping outside to let the early barfly’s in, I nearly tripped on a box left at the front door.  A cardboard box, large, smack bang up against the door.  It was moving, there was something alive inside. Pulling open the flaps the head of a lost dog starred up at me, panting. I had no idea how long it had been there; narrowing down the timeline, from when the bar closed the night before to now, he could have been there a while. He’d be thirsty and hungry and no doubt a tad anxious after his evening adventure. I brought the pooch inside, a bowl of water and grabbed some leftovers from the fridge in the kitchen.  Initially the idea was to take the new guy to the local pound, hopefully they’ll find a new family for this little chap. It never occurred to me to keep him.

A few days passed, which turned to a week and turned to a few months.
The dog had been named; Mal and quickly became a familiar member of the team.  He found  his place on his belly close to the front door of the westies entrance. A pseudo door bitch even though he was a boy dog.  He’d get a pat on the head as the regulars shuffled in (apologies for the plagiarism Billy Joel), always calm, he seemed to smile at each punter who arrived for a beer or two.

Word spread;  He might have been a bitsa and left at the front door; but he had heart of gold. Mal never judged or discriminated, rough diamonds or the rats with a gold tooth to him everyone was welcome so long as he got a pat and or a snack. He could identify different people by bark, soon learning their rhythm knowing when they would come. He greeted all with his infectious smile as his tail wagged as if conducting an orchestra.  Mal had an uncanny sense, sitting with the lost and lonely when needed, standing between others when a conversation was turning to confrontation. His skills weren’t lost on anyone,  he was the unofficial maître d, bouncer and resident psychologist. 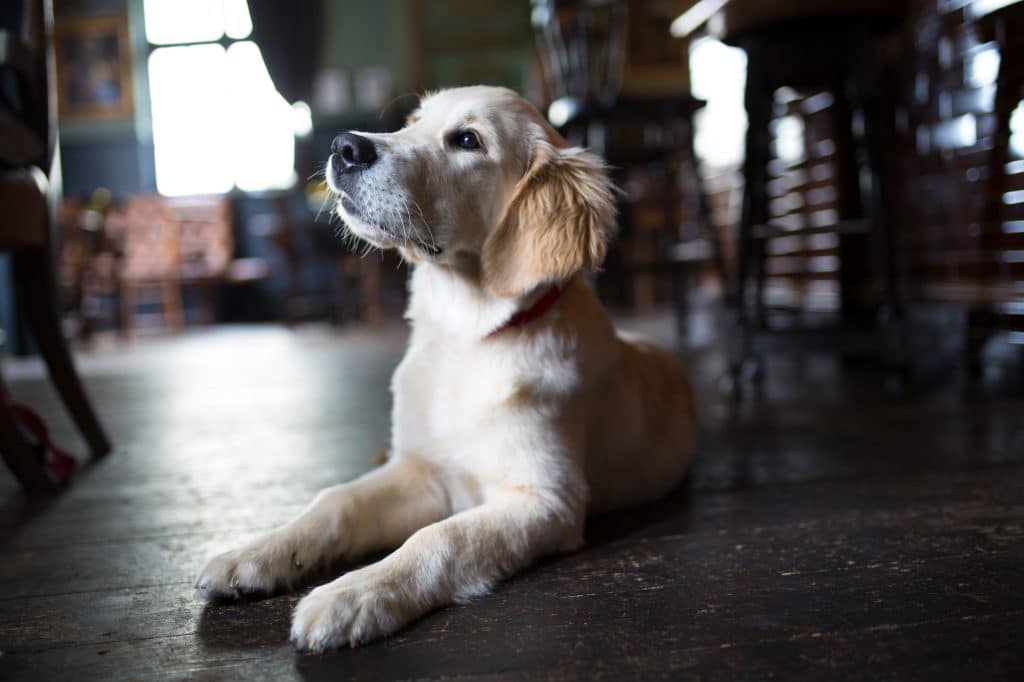 One by one the easterners began venturing into the westerners stronghold; the front bar; just to say hi to Mal, to give him a pat to get to know this dog that gave everyone a reason to return.
He was the icebreaker; the common thread between social worlds. The westerners took great pride, regaling stories of Mal, jostling for position as the official custodian of Mal the bar dog. For those of us working behind the jump, we watched this social experiment unfold. At first we were nervous, knowing tempers were short and tolerance of lifestyle was not our customers strongest character traits, we’d underestimated the influence of this amazing animal.

As each month passed more easterners came to the front bar. They began to find a stool, ask questions, get to know the front bar folks. Conversation between east and west flowed, drinks shared, laughter and a friendliness developed. A friendliness that had eluded the hotel for many years.  Locally the front bar became known simply as Mals. East and west united; neighbours who once crossed the road to avoid each other were now providing an extra head in the engine cavity, albeit the butt crack appearing through a pair of tailored chinos.

What humans could not achieve, an abandoned, cross bred bitsa could.
Being himself he broke down barriers, taught humans how to connect, provided comfort to those who needed it and created a wholeness in our local community that lasted for years to come.

Mal spent his final days at the family’s country home.  He never ceased to make others happy continuing to smile and wag his tail at all who took the time to say hello.

He had that unique ability to make anybody feel good and allowed all who met him to become better people.

He typified the power of dogs or any pet for that matter. How such a loving, non judgmental and instinctive animal can play a much needed role in all our lives.  Good on ya Mal.  You’re missed but never forgotten.

Did you find apk for android? You can find new Free Android Games and apps.

recent love from our fans

“These have to be my dogs favourite treat, long lasting and tasty too. Love em !!!!!” Jacqui

“I must add that your delivery service is 5 Star, and when I ordered it was promptly at my door.” Rod

FREE DELIVERY ON ALL ORDERS OVER $50
X